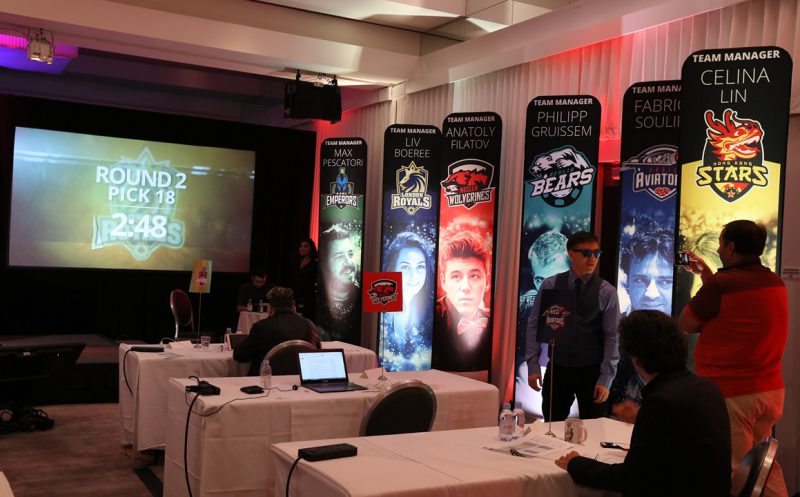 The players competing in the Eurasian conference of the inaugural Global Poker League Season were confirmed last night during the GPL Draft at the SLS Hotel in Beverly Hills, Los Angeles.

The Paris Aviators, piloted by Fabrice Soulier, achieved a seemingly enviable blend of local and overseas talent, after opening with French speakers Elky and Davidi Kitai before adding George Danzer and Canadian Mike Leah. Rounding  out the Eurasian conference at the draft was the Hong Kong Stars, managed by Celina Lin. She opted, as many expected, for an all-Asian roster of Weiyi Zhang, Raiden Kan, Dong Guo and Bryan Huang.