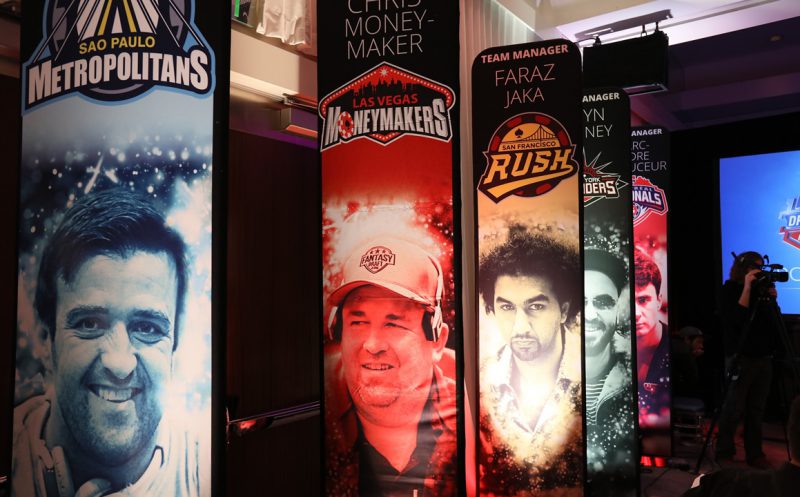 Sweep week in the Americas Conference

In the Americas Conference, it turned out to be “sweep week” at the heads-up tables. All three heads-up games yesterday ended up in 3-0 clean sweep victories.

But before we’re going tell you about that historic day in the Global Poker League, let’s first have a look at what happened last Tuesday in the 6-max matches.

The 6-max matches were dominated by 2014 World Series of Poker Champion Martin Jacobson of the Montreal Nationals. The Swede scored a second place for 5 points in the first match, losing the heads-up battle to Brazilian poker pro Joao Bauer of the Sao Paulo Mets. In the second 6-max game of the day, Jacobson did what he does best, analyzing every spot, making the best possible decision and taking the game down for another 7 points for the Nats.

12 points for the team. Time to celebrate like they do it in Montreal. #gpl #mtlnationals pic.twitter.com/mn4OwSSvuL

Fedor “CrownUpGuy” Holz also had a great day at the 6-max tables, scoring 8 points for the LA Sunset team with third and second place finishes.

Clean sweeps all over the place in the heads-up matches on Thursday. In the first match, it was New York Rounders team manager Bryn Kenney taking on Jonathan Jaffe of the San Francisco Rush. Score? 3-0 for Bryn Kenney and 9 points to the Bad Boys of Poker.

Jason Lavallee did exactly the same to Sao Paulo Mets Darren Elias. 3-0 and 9 more points for the Montreal Nationals, scoring 21 points in one week.

Clean sweep for @constantcolorup and @MTLNationals get 21 out of 23 pts this week. My team is doing great when I don't play for it @gpl

Voted as Match of the Day on Twitter it was up to Fedor Holz and Jonathan Duhamel to meet the expectations of the fans. And they did. In a fast-paced match, Fedor showed why he is a world class player, sweeping Duhamel in three straight games. Nine more points for the LA Sunset, bringing Holz’s total score to 17 points this week.

My first @gpl HU-match for @GPLSunset coming up tonight. You want to see me play? There you go! pic.twitter.com/otCdLTP0E0