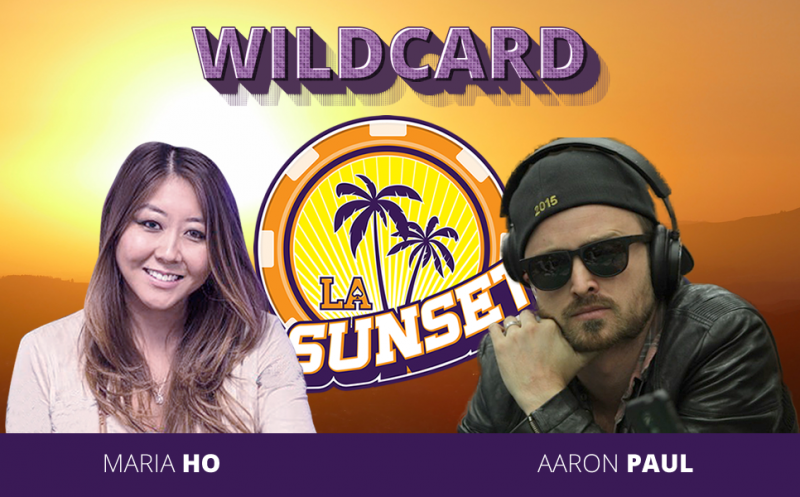 GPL, Poker’s first esports inspired League which has brought together a diverse pool of 12 franchises from around the world – the New York Rounders, Las Vegas Moneymakers and Paris Aviators to name a few – welcomes Emmy, Saturn and Critic’s Choice award winning actor Aaron Paul as the official wildcard selection of GPLs LA franchise, the LA Sunset. Aaron Paul is the first celebrity to be drafted in to the Global Poker League.

Paul, best known for his iconic role as Jesse Pinkman in the AMC drama Breaking Bad alongside Bryan Cranston, joins the LA Sunset under poker pro Maria Ho’s leadership. He’ll have strong company to support him throughout season 1 as Ho drafted 4 of poker’s finest talents during the inaugural GPL Draft Day in LA on Feb. 25th, bringing together a team whose combined winnings on the live felt total over $30 million dollars.

Already a poker fan and active player, Aaron Paul will have access to the combined poker braintrust of Maria Ho and her fellow LA Sunset roster to help him hone his skills in the League’s opening season. Excited to get in on the action and to help push the game further into the mainstream Paul remarked that, “I love Poker as a game and mindsport so I’m excited to be part of this new eSports League. Representing the LA Sunset together with some of the best players in the world should be a blast.” Since Breaking Bad, Paul has continued to take on challenging and diverse acting roles, currently starring in the television drama, The Path and feature film Triple9. He now takes on the challenge to pit himself up against poker’s best.

Maria Ho added that “Poker as we know it has existed for decades, but with the esports boom the GPL is creating a new competitive format very similar to what conventional sports have done in the US. We’ve had a lot of opportunities to include celebrities that happen to also be talented players, but in my experience Aaron is one of the most committed to the sport of poker right now. He wants to learn and beat the best. He’s an amazing addition to the LA Sunset and I’m hoping he’ll end up being a pivotal part of our team being a winning hand.”

The Global Poker League started week 1 of matches on April 5th – the first of 14 regular season weeks, which includes a 6 week-long Summer Series – a stretch of live heads-up matches in Las Vegas. The regular season culminates in the Playoffs this fall and the GPL Finals in London in November. Inspired by esports and the competitive gaming corridor as a whole, GPL’s motto is to “Sportify Poker” with the League aiming to engage over 51 million poker fans in US and a total of over 100 million around the world.

GPL President Alex Dreyfus adds, “we created GPL to engage with the game’s global fanbase & having Aaron Paul joining the League with a Wildcard spot in the LA Sunset, is an amazing milestone for us especially because he himself is a real fan. I can’t wait to see him learn, play and I hope he does well.”

Aaron Paul will play for the LA Sunset in a number of matches – all livestreamed on www.globalpokerleague.com in the coming weeks.