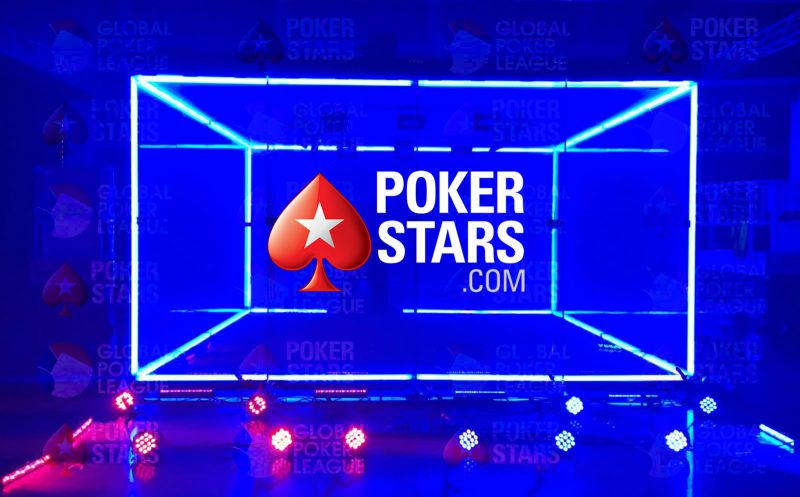 GZIRA, Malta, September 30, 2016 – Mediarex Sports and Entertainment today announced that PokerStars have become lead sponsor for their Global Poker League (GPL)
PokerStars, the world’s largest poker site, is the exclusive online poker sponsor of the Global Poker League, reinforcing Mediarex’s aim, to help transition poker from just a player experience to a fan experience. One of the main ways the GPL is aiming to achieve this is through, their signature arena: “The Cube” which helps build excitement, suspense and enables on-site fans to see every angle of gameplay.

“The Global Poker League brings an innovative team-based twist to poker and we are happy to support Mediarex in their quest to bring poker to new audiences”, said Eric Hollreiser, PokerStars’ Director of Corporate Communications.

PokerStars has previously supported GPL through the participation in the league of members of Team PokerStars Pros including Liv Boeree, Vanessa Selbst, Jason Mercier and ElkY.

The GPL kicks off again Tuesday, October 4 and the live stream can be viewed every Tuesday, Wednesday and Thursday on PokerStars TV: http://psta.rs/2d8vilP

GPL, CEO, Alex Dreyfus, said “We are optimistic about this partnership, having the support of PokerStars is a crucial step forward on the road to fully establishing the GPL as a real blueprint for poker entertainment in the future. PokerStars offers us a multitude of opportunities to grow our platform and continue developing our two-fold strategy of connecting the League to the poker community and genuinely connecting poker to the mainstream entertainment sector on a large scale.” Fans will also see the iconic PokerStars spade make its mark on The Cube.

PokerStars will be working with Mediarex Sports & Entertainment on a number of promotional initiatives designed to connect both existing and prospective poker fans to the GPL.

The GPL starts with 12 teams from across the globe consisting of a 72-strong roster of pros whose combined live tournament winnings exceed $400 million.  The future is bright for team poker events with recent surveys indicated that 56% of poker fans would like to play in team tournaments and an additional 41% would be interested in being part of a GPL team.

The Global Poker League is an audience-centric poker competition with a team based, zero buy-in structure and games played out online, in studio & live. The League features an opening season of 12 teams spread across 2 conferences: GPL Americas & GPL Eurasia – with 6 teams competing in each conference.

Part 2 of GPL’s 1st season begins on Sept. 20th, building up to live Playoffs & Finals in Las Vegas at the end of November. GPL will also be present at the 2016 TwitchCon in San Diego at the end of September and plans to launch the GPL Mobile Application to boost fan engagement this Fall as well.

PokerStars operates the world’s most popular online poker sites, serving the global poker community. Since it launched in 2001, PokerStars has become the first choice of players all over the world, with more daily tournaments than anywhere else and with the best online security. More than 155 billion hands have been dealt on PokerStars, which is more than any other site.

PokerStars.com and PokerStars.eu operate globally under licenses from the Isle of Man and Malta governments, respectively. PokerStars also holds local licenses or approvals to offer services to players in many jurisdictions, including Italy, France, Estonia, Belgium, Denmark, Spain, Bulgaria, Greece, United Kingdom, Schleswig-Holstein in Germany, Ireland, Romania and New Jersey in the United States of America.

PokerStars is the flagship brand of Rational Group, which operates gaming-related businesses and brands, including PokerStars, Full Tilt, StarsDraft, BetStars, PokerStars Casino and the PokerStars Championship and PokerStars Festival live poker tour brands (incorporating the European Poker Tour, PokerStars Caribbean Adventure, Latin American Poker Tour and the Asia Pacific Poker Tour). In 2012, 2013 and 2014, Rational Group companies in the UK and Isle of Man was recognised as one of the top 25 best places to work by the Great Place to Work Institute’s Best Workplaces – Large category ranking. Rational Group entities in Costa Rica and Dublin also achieved the same accolade in their respective local rankings in 2014. PokerStars is ultimately owned by Amaya Inc. (Nasdaq: AYA; TSX: AYA).